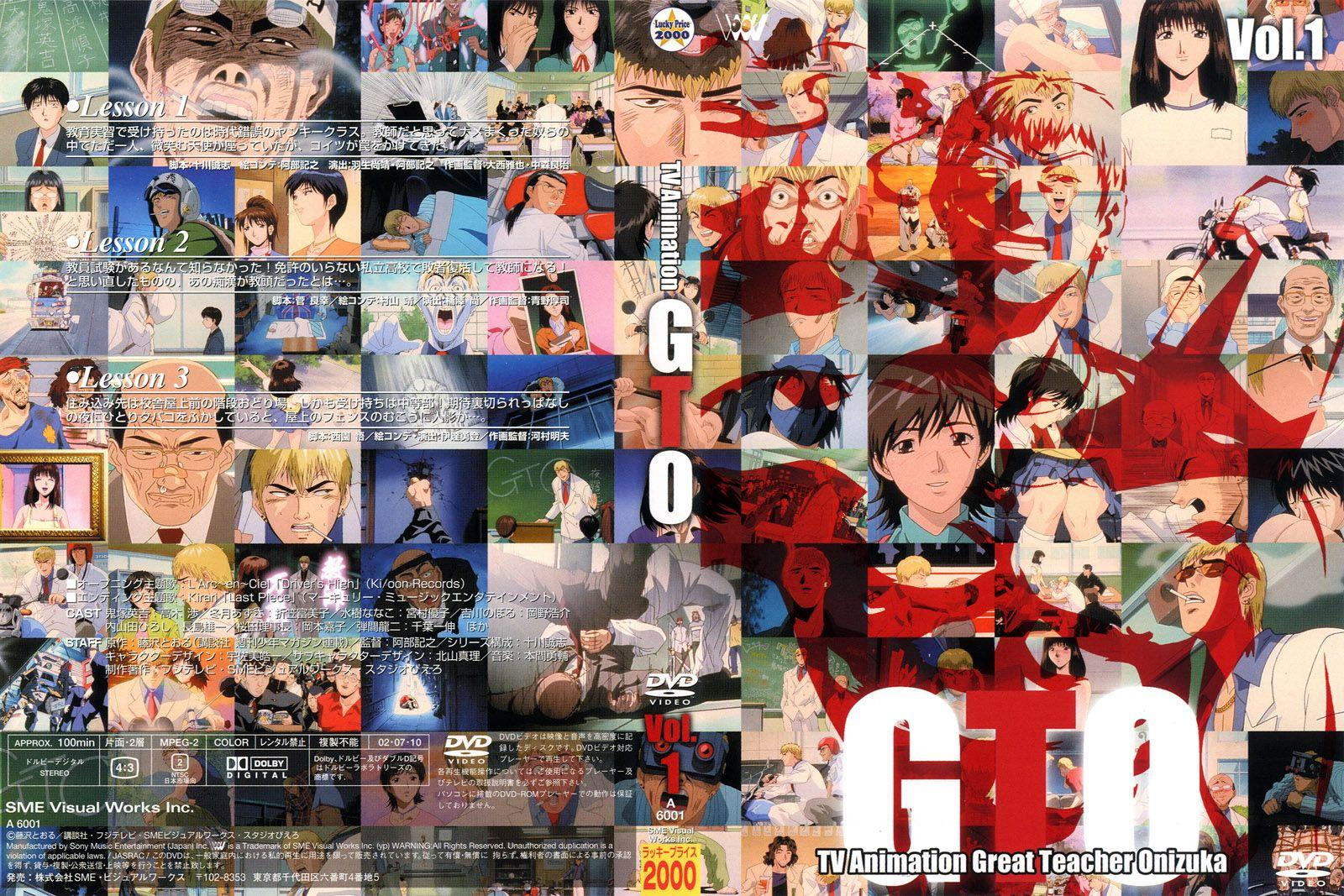 GTO is an unrealistic school comedy about Onizuka Eikichi, age 22, a virgin and a former biker gang leader trying to become a high school teacher to hit on highschool girls but ending up as a homeroom teacher in a middle school class full of kids with issues who hate teachers. Basically it is fun seeing all the students who were against him at the start being converted to his side because of his antics and often violent solutions.

Once you accept that it is unrealistic you can enjoy it as something that became the very thing that it tried to make fun of. There used to be a genre of manga where a charismatic young teacher would teach life lessons to his students and help them fix their problems. GTO parodies this by making the protagonist perverted and violent ex-biker gang leader who is far from the ideal of that annoying stereotype of a young and idealistic teacher trying to change the his students and the way teaching is done for the better.

The music in the show is mediocre but not really that necessary in a comedy series like this. The opening and the ending themes are pretty good though. The animation has not aged that well and was never that spectacular to begin with but it didn’t need to be.

From what I have said thus far it may sound like GTO is a one-man show, seeing the way that other characters react to his abnormal and yet honest manners is half of the fun.

I give this anime a 7 out of 10. It is one of the best anime comedies in that it is funny but also not without substance and yet you can’t watch it seriously, it is too unrealistic and everything in the end goes well for Onizuka, there are no long term negative consequences for his actions.

Yes, he might get shot trying to save a student who previously didn’t like him but a few episodes he will be as healthy and as inhumanely strong as ever, he will jump off a building to save a cynical and suicidal student and will convince them otherwise but in the end doesn’t it feel that that since there are no real negative consequences doesn’t it feel that the circumstance of some armed criminals kidnapping a student and students jumping off buildings with boxes and cars beneath them where Onizuka can save them and land without getting killed feel contrived.

The problem with manga with idealistic teachers trying to change students and schools that have gone bad around is that the whole world seems to be going their way, thus eliminating any tension and any agency of the characters and coming off as propaganda and yet GTO became the manga/anime most well known of the genre it tried parody. (I guess in a smaller way it’s a bit like Dragonball starting off as a parody of Shonen tropes and then becoming the most well-known Shonen).

This is a show that you must watch for fun, but that made me sometimes make me feel ‘Wouldn’t it be fun if I had a teacher like Onizuka’ obviously in reality he would just go to prison in no time but it is this feeling that GTO latches onto and then gets stuck. The manga which is the source material for the anime and the live action series is still sort of ongoing through a spin-off manga, don’t read the spin-off manga, it is just the same thing repeated with Onizuka and some other less interesting students. Just read the original GTO manga.

The backgrounds are nothing fancy but do the job, the same goes for the character art style. The jokes are more perverted than in the toned down anime, plus there is more smoking. The anime has its own original ending which is bad but not awful. The manga has more content but honestly I would advice you to watch the anime and then start reading the manga and not the other way around. The best should be kept for last.

Most of the arcs absent in the anime but present in the manga are the same thing repeated again but if there is one arc that makes reading the manga worth, it is that of the stalker teacher obsessed with Fuyutsuki and trying to use his stalking to get Fuyutsuki to like him. His character was much more developed in his case and the way his character arc progress was the most plausible, realistic and satisfying in GTO. There are tangible negative consequences to the stalker’s actions despite his change of heart due to Onizuka nth pep talk. I might write a separate blog post about it but basically he gets caught and realizes that his pathetic sneakiness will get him nowhere except madness like his father… Onizuka trumps honest action over everything else but even this arc I feel suffers from lionizing Onizuka and his virtues too much too much. 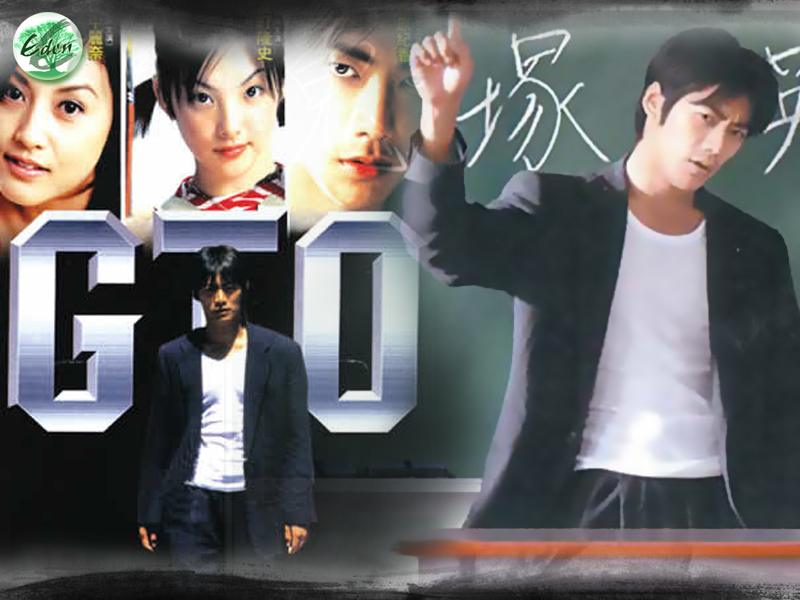 The thing with the live action is that it’s not bad. It suffers from a shorter length to explore all the of the subplots of the characters but it does a pretty good job. In some ways it even corrects some of the flaws if the anime by allowing some growth in the relationship between Onizuka and Fuyutzuki (the hot teacher at the school who has a crush on Onizuka but never fucking admit it in the manga and the anime). In this live action they manage to cohabitate
The reason that it can work is that GTO is a school anime and so not too many special effects have to be used like in the live action adaptations. Some changes have been done and the characters don’t look as colourful and as unhinged as in the anime and manga but I believe that those were necessary for a proper transition into live action. It’s only 12 episodes but covers most ground of the manga and anime which show how overstretched they are, to be fair it is a comedy and it has progress and a plot which is more than can be asked from most.

Don’ t read the prequel manga of Onizuka being a bike gang leader. It is boring. Onizuka is not that cool as everything he does isn’t so over the top. The 2012 live action however is just not up to par; Onizuka looks and acts like he is stupid. There are too many moments when the suspension of disbelief is broken. (The German supplex was pure cringe). On the bright side I think that this is more like Onizuka should look like rather than handsome guy in the older live action. I advise you not to watch this or to watch this last if you are hungry for more Onizuka. There’s also a sequel to this live action series ‘Onizuka in Taiwan’ or something, I haven’t watched it but it probably is more of the same.

I think there was also some live action movie of Onizuka going to the countryside but it is boring don’ watch it.

Onizuka’s characters sees no development. He is a static charismatic character like say Sherlock Holmes. I know that Sherlock Holmes is presented as much more smarter than Onizuka but it’s the same thing.
Last time I checked the author of this manga is still milking this series but on the other hand I might read the continuation when there is nothing else to read. At least I know what I am going to get.